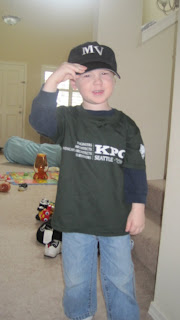 Owen had his first T-ball game on Saturday.  It was actually the team's third game.  We missed two because we were in Ohio. 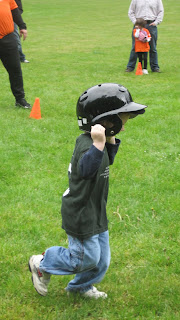 The game was very amusing.  There were only 2 innings and each kids got to bat.  As for fielding, the kids pretty much stood out there.  If a ball did come to them, they pretty much just dove on top of it.  No balls were hit by Owen, so he basically just stood in the outfield!  I think he liked batting a lot more than fielding.  I think he really did enjoy the game.  He wanted to wear his T-ball shirt for the rest of the day! 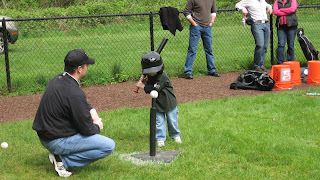 In other news, it has rained like everyday since we got back.  I think I am going to build an ark and get on board!!
Posted by The Knight Family at 9:31 PM