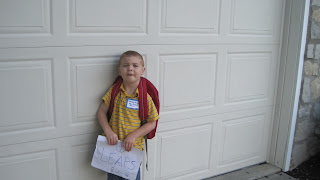 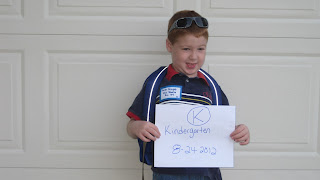 Once again, I am behind on these posts.  For that, I apologize.  I figured that maybe people would like to see pictures from the first day of school.  The first day was eventful because Owen's bus forgot to pick him up.  I had to drive him there and he was late for his first day.  That was a little bit of a disappointment because I know he really wanted to take the bus.  On the second day of school, they switched him to a new bus which comes 12 minutes earlier.  So now we rush even more!  :)


So far, the school year has been going great!  Seamus is in preschool and Owen is half day kindergarten.  They both take the bus to school.  That leaves Meghan and I to enjoy the mornings by ourselves.
Posted by The Knight Family at 5:05 PM