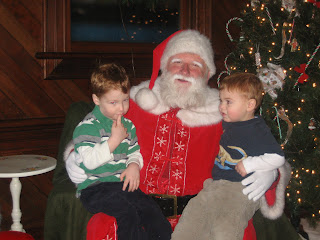 Today, we took a train ride to go see Santa.  The boys got to meet Santa and tell him what they want for Christmas.  We were expecting Santa to reward them with a candy cane but instead he gave them a wooden model train!!  We also had hot chocolate and cookies.  We watched them making the cookies right on the train!   We also explored several train cars!!  Then after we explored, it was time to take the train back!   The boys really loved riding on the train!  The train car we rode on was built in 1913!  It originally ran from Pittsburgh to Chicago.  What a fun day!! Our only complaint was that it was a very chilly day, but I guess that isn't Santa's fault!!  Isn't the Christmas season fun?? 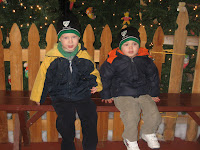 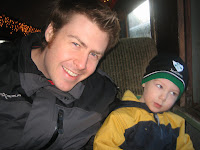 Posted by The Knight Family at 9:47 PM